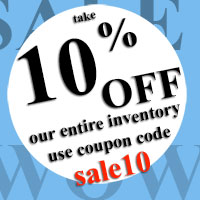 A key factor of any successful business is to know your customers, including potential customers. Who is shopping in your store? What do they buy? When do they buy it? What else would they buy if you sold it? How can you enhance what they already buy? How can they benefit from buying more of it?

Consumption of fresh produce, meat, and dairy seems to be a rising trend in large American cities like Chicago. It has risen twenty percent in the last ten years, and is currently on the increase. Between 2003 - 2013, fresh food consumption increased as Generation X transitioned to Generation Z, making the latter generation one that will rear children to eat more fresh foods. This will be passed on to the next generation and so on. Is it just another trend or is it a major national change in the making?

Giving Back to Your Community

Posted by J on 1/14/2015
Share |
The frequency of patronage that a store experiences is directly related to its place in the community. Good customer service and supply that meets demand are only parts of what a great store may provide. The Civic 50, an initiative that recognizes the top 50 civic-minded companies in the country annually, has determined that these kinds of community-involved businesses prosper from their generosity.
Read More
More results: 1 2